Ojai historian Craig Walker reflects on the life, legacy and impact of Krishnamurti.

The Ojai Music Festival, the Ranch House restaurant, the Ojai Meadow and other well-known Ojai institutions would most likely not exist if it hadn’t been for Jiddu Krishnamurti, the philosopher and speaker who made Ojai one of his homes for more than 60 years. That’s the conclusion drawn from Legacy: Krishnamurti and Ojai, on exhibit through Jan. 19, 2020, at the Ojai Valley Museum.

In celebration of the 50th anniversary of the Ojai-based Krishnamurti Foundation of America (KFA) and the 125th anniversary of Krishnamurti’s birth, Legacy explores Krishnamurti’s impact on the Ojai Valley. It spans from his first visit to his last, and gives insight into the draw he had on so many admirers who followed him here and set up homes and businesses of their own, making Ojai what it is today.

The exhibit features photos and personal artifacts on loan from KFA, including personal journals, ceramics by Beatrice Wood, a statue by renowned sculptor Antoine Bourdelle, even the chair Krishnamurti sat on during his well-known Grove Talks. Legacy presents an intimate look at the philosopher’s life and the lasting affect he had on his beloved adopted hometown.

As local historian Craig Walker explains, at the time Krishnamurti first visited Ojai in 1922, he was the “anointed messiah” of Annie Besant’s Theosophical Society. Besant relocated to Ojai in 1926 upon Krishnamurti’s suggestion and declared it “the cradle of the New Civilization.” Many theosophists and Krishnamurti admirers followed.

By the end of the 1920s, however, Krishnamurti had distanced himself from the theosophists and renounced the role of spiritual guru to become a philosopher and speaker instead. Krishnamurti didn’t sever his ties with Ojai, though, and it became one of his speaking centers and residences for more than 60 years.

Walker, who helped curate the exhibit, spoke with Ventana Monthly about the man, the exhibit, and, of course, the legacy.

Ventana Monthly: Tell us a little bit about the exhibit.

Craig Walker: The exhibit’s committee did a wonderful job. The focus is on how Krishnamurti directly or indirectly impacted the history of the valley. I think it was the writer Mark Lewis who said it’s like the story of It’s a Wonderful Life: If you were never born, how would your town be different?

In what way did Krishnamurti impact Ojai?

Some of the things that we see in Ojai, Krishnamurti really had nothing to do with personally, but people were attracted to Ojai because of him. It established a certain atmosphere. Any article you read about Ojai will say it has a spiritual aura going back to Krishnamurti. They’ll mention that, but they don’t really take it any further so [the exhibit] is meant to help people see all the things that are going on in Ojai, from its schools to its environmental protections to the artists who came here, and how life would be different in Ojai if he’d never come.

What first brought Krishnamurti to Ojai?

In 1922, Krishnamurti was doing a speaking tour in Australia. On the way back, the boat stopped in San Francisco. Krishnamurti was invited by Alfred Warrington, who ran Krotona, a theosophical center in Los Angeles, to come and stay in some cottages in the East End of Ojai. So Krishnamurti and his brother Nitya came and they went up to the East End. It was the middle of July and it was extremely hot. They were miserable that first day but at nighttime there was this cool breeze. They went outside and they saw the sun as it was setting and they just fell in love with Ojai.

Krishnamurti spoke in Ojai often and set Ojai up as one of his speaking centers. Some years he didn’t come to Ojai at all and then in World War II he just needed a place to hang out during the war and he stayed here for almost nine years. . . . He always kept the same house. Even today the house is still there. It’s now an education and retreat center.

What was it about Ojai that appealed to Krishnamurti?

Krishnamurti was a celebrity and there was always a big to-do around him everywhere he went. . . . I think in Ojai he found a place to get away from it all. He and his brother just loved coming here. What’s interesting is the little cottage he stayed in in 1922 became his home. It was his home for 64 years. When he was speaking in India in 1985, he had cancer and things were taking a turn for the worse and he decided he wanted to die in Ojai so they made the effort and came back to Ojai. He passed away here in 1986.

Who are some of the people who were inspired to come to Ojai because of him?

Many of his admirers came, first to hear him talk or to meet him, and then they settled here. The people who created the Ojai Music Festival and who paved the way for the Ojai Art Center. The founders of the Ranch House restaurant. Others established progressive schools. [Krishnamurti] started Oak Grove himself and he was one of the founders of Besant Hill School . . . When you scratch the surface, there are a lot of people in Ojai who either came directly or indirectly because of Krishnamurti. The Ojai Retreat was part of Krishnamurti’s land. He would hold bonfire talks up there and speak to the people.

The ceramicist Beatrice Wood came, too.

Beatrice Wood came during his first talk. She was a young actress then. She and her boyfriend, who was an actor named Reginald Pole, put on a version of The Light of Asia, which is the story of the Buddha. She was active in putting the first Krishnamurti talks together. Later, in 1948, she moved to Ojai and started her ceramics studio.

Who is this? (Pointing to a large photograph by Guy Webster, another Ojai local.)

This is Igor Stravinsky. He was a close friend. [Krishnamurti] had a lot of friends over the years who were actors and musicians like Charlie Chaplin, Greta Garbo. A lot of writers like Anne Morrow Lindbergh and Arthur Miller. They really counted him as a big influence on their life.

What is something that people may not know about Krishnamurti?

He liked to watch westerns like Bonanza. He loved reading mysteries. He enjoyed Rex Stout and Agatha Christie. He loved all that stuff.

Looking at the exhibit, it really is like It’s a Wonderful Life.

Well, when you think of Ojai in the 1920s, there were 3,000 people living in the whole valley. Then between 1927 and 1930 the population went up by a third . . . and I think a lot of those people were theosophists. When you talk to people today, quite a few people will say, “Yeah, my grandmother and grandfather came here because of Krishnamurti.” Walking through the exhibit really gives one the appreciation of how one person’s life really can touch so many others. 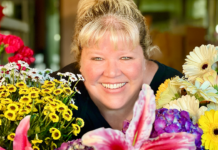 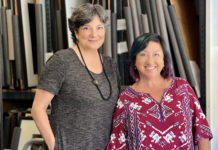