Tomer Zadok sees the world from a commanding position that others can only dream of.

The 56-year-old El Al pilot, who flies the Boeing 787 Dreamliner from Tel Aviv to destinations around the globe, captures stunning images from high in the sky.

He shoots most of his photos from the pilot’s seat when the aircraft is in its cruising level and autopilot is activated, or when he is in the additional seat behind the other two pilots in the aircraft.

“Everyone holding a camera sees different things in his lens frame,” says the imaginative pilot, but it’s principally the “shapes and patterns” that mostly appeal to him.

His wonderful images, currently on Instagram
(@tomerz9), illustrate his special relationship with a reality generally hidden from ordinary view: images of sunset and sunrise, storms and streaks of lightning, birds in magical flight, objects on the ground transformed into abstract art forms — all memorable moments in time.

And then there are the colors: “I am fascinated by colors,” he says. “The combination of colors fascinates me.”

Illustrating this point, he refers to one of his photographs of a sunrise, in which two contrasting bands of yellow and orange, simply titled “Good Morning,” are astonishing for what they reveal about nature’s magic.

“To get such a photo,” Tomer says, “you just need to be lucky and patient . . . because you can sit for many, many hours and days and you won’t catch such a thing. It’s a matter of the exact moment you push the camera and the exact angle . . . If two people would have been there with the same camera, at the same place and time, the same second…I’m not so sure they could have achieved the same photo.”

Thus, it takes more time to photograph a sunset — sometimes as much as 10-20 minutes — “until the sun can get below the horizon and vanish.”

On the subject of color, Tomer has photographed what he terms “an amazing photo of the aurora.” “It’s very rare to see even when we fly,” he says. “We see it from time to time.” But what usually shows up is an almost unnoticeable green color. Sometimes, however, you get lucky and “you get an amazing full green sky.” Then there are the storm clouds, unseen from the ground, which can resemble “an atomic bomb.”

When Tomer reflects on helicopter flying, one begins to understand, in his words, that it is a “totally different experience . . . because you fly very low, very near to the ground . . . it’s like walking on foot on the earth.”

From a helicopter, the view is very special: “The colors, the flowers, the animals . . . it’s a totally different experience . . . It’s the most beautiful kind of flying.”

Tomer describes his helicopter outings with friends as “private flying” and a “social hobby,” and among his helicopter images are lovely views of rich agricultural landscapes near Camarillo and carpets of poppies
in California’s
Antelope Valley.

When he first started shooting photos, Tomer used a small pocket camera and sometimes even a simple cell phone before the advent of smart phones. Today, he uses a Canon SLR camera, which is useful for producing high-resolution
enlargements.

The veteran pilot, who earned an MBA degree after his air force service and worked successfully in corporate marketing before joining El Al in 2005, is “always in a kind of search for patterns, for shapes and colors, which makes some of the pictures kind of abstract.”

One of his favorite photos, dating from his earliest days of cockpit photography, is a low-resolution image of Dijon mustard fields in France — a lovely abstract view he captured with a cell phone camera.

Tomer has also participated in art exhibitions in Israel and Europe, given the fact that many of his abstract photographs, like the Dijon mustard fields, resemble actual paintings. He is also looking forward to “new adventures and opportunities” for exhibitions, just as any other artist who is interested in sharing his work.

One of the areas the pilot enjoys photographing is the coast of Long Island, New York. “It is very, very interesting and full of nature,” he says. Usually, El Al’s day flight approaches New York around three in the afternoon, and with the sunset in front of the aircraft, “this makes a colorful and beautiful photo.”

Here and there among his photographs are reminders that his point of reference is the cockpit of an airplane, where he can share his view above and among the clouds.

But no matter the subject or the vehicle (be it Dreamliner or a helicopter) Tomer Zadok’s photography reflects a deep appreciation for the world around him as he shares “the beauty of flight, which only a pilot’s eyes can see.” 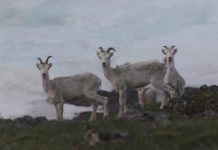